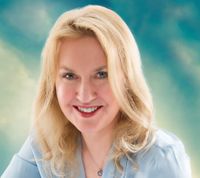 Suzanna Ross, with pianist Tedd Firth, brings you songs to inspire the dreams you may have put on hold over the past year. Jazz standards, French chansons, American Songbook, as well as a song written by Suzanna just for this show. Suzanna has sung at top cabaret and jazz venues in NYC and has been heard on radio stations in the U.S. and internationally. “Suzanna Ross has emerged as one of the most versatile jazz vocalists on the scene... Ross' vocals are powerful yet tender,” LA Jazz Scene. “Offers a first-rate musical journey… When you close your eyes and listen to her vocals, you may think the spirit of Edith Piaf has been reawakened,” Music Connections. “Reworks classics with her incredibly rich and imaginative vision,” Take Effect. “One can almost inhale the scent of Gauloises in the air... and it appears she has also been influenced by Peggy Lee whose aura is evident,” Cabaret Scenes.